Shopping Cart
Your Cart is Empty
Quantity:
Subtotal
Taxes
Shipping
Total
There was an error with PayPalClick here to try again

Thank you for your business!You should be receiving an order confirmation from Paypal shortly.Exit Shopping Cart

October 7, 2014 - Houston Chronicle Endorsement - Harris County Probate Court No. 1: Loyd Wright - "Loyd Wright, the Republican incumbent, brings about 30 years of probate experience and a palpable enjoyment of his job to this bench. First elected in 2010, Loyd, 58, is a self-described 'nuts and bolts probate guy.' A graduate of the University of Houston Law Center and The University of Texas at Austin School of Business with a masters in accounting and taxation, Wright has the academic background to match his years of legal experience. In his four years on the bench, Wright has fulfilled his 2010 campaign promise to replace his court's automated phone service with a staff member to answer calls during business hours. In this friendly race, Wright told the editorial board that his Democratic challenger, Kim Bohannon Hoesl, 49, is qualified but lacks the depth of his experience. We agree. Hoesl shines with intellectual heft, and her stellar yet nontraditional academic background suggests she would shine on the bench. In addition to a law degree from the University of Houston Law Center, Hoesl has a masters in psychology from Rice University. But Wright is the sort of candidate who lives and breathes probate law."

October 2014 - Association of Women Attorneys - Houston Endorsement - I am honored to receive the judicial endorsement of the Association of Women Attorneys - Houston for the 2014 General Election. From the website: "Houston’s Association of Women Attorneys (AWA) prides itself on the quality of its judicial endorsements. The AWA’s endorsement process is respected as one of the most thorough in Harris County. Candidates seeking the AWA’s endorsement each respond to a written questionnaire and interview with the AWA’s Judicial Screening Committee. The final endorsements draw on the considerable experience of the AWA membership. The AWA’s endorsements are non-partisan. The AWA has made every effort to identify the candidate with the experience, intellect, demeanor, and work ethic best suited to the bench they are seeking. Thank you to each of the 85 candidates who screened with us this year. We deeply admire your commitment to public service. The AWA would also like to thank the members of the Judicial Screening Committee who made these endorsements possible—Calli Baldwin, Julia Cook, Sarah Frazier, Tanya Garrison, Andrea Patterson, Gwen Richard, Steve Schueler, Emily Smith, and Rabeea Sultan."

August 26, 2014 - Mexican American Bar Association of Houston Judicial Endorsement - I am honored to receive the judicial endorsement of the Mexican American Bar Association of Houston. From the MABAH website: "In 2012, MABAH entered its 40th year of service to the Hispanic attorney and, most importantly, to the Hispanic community. It is one of the largest Hispanic law organizations in the State of Texas with a diversity of talent, expertise and leadership. MABAH is proud of the diverse nationalities of its members: Puerto Rican, Argentinean, Mexican, Cuban, Guatemalan, Mexican-American and non-Hispanic. It is truly representative of the Hispanic Community of Metropolitan Houston, and as dynamic. Tradition and established recognition are the reasons we have chosen to remain known as The Mexican American Bar Association. Membership is open to any licensed attorney, members of the judiciary, or graduate of an accredited law school."

Wright Receives Endorsement of "C" Club of Houston- I am honored to once again receive the endorsement of the "C" Club of Houston. The purpose of the “C” Club of Houston is to promote an environment in which candidates possessing high moral principles and a clear vision of the future can be elected. The “C” Club's non-partisan support of political candidates is heavily based upon, but not limited to, the candidate's support of conservative fiscal policies; and, the preservation of our communities and the promotion of a strong economy. Founded in 1964, the “C” Club PAC is composed of 100 fiscally conservative Houston business and professional members who make a continuous study of local, Texas government. Each year the "C" Club focuses on the Justices and Judges seeking out the best candidate to promote conservative values. A conservative approach to enforcement of Texas law is a critical consideration. Click here to see the "C" Club recommended endorsements for 2014.

NOTE: THE ORGANIZATIONAL INFORMATION REFERENCED ABOVE COMES FROM THE RESPECTIVE WEBSITES OF THE HBA OR THE ENDORSERS. 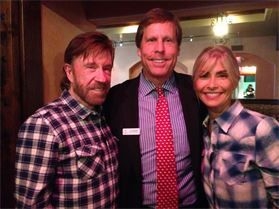